Singapore Gardens by the Bay

This is an example of an amazing project, first announced to the public by Prime Minister Lee Hsien Loong during the National Day Rally in August 2005. Gardens by the Bay is a park spanning 250 acres of reclaimed land in Singapore on the edge of the Marina Reservoir. The park consists of three waterfront gardens: Bay South Garden, Bay East Garden and Bay Central Garden. The largest of the three gardens is Bay South Garden, at 130 acres.

Gardens by the Bay is part of a strategy by Singapore’s National Parks Board to transform the city of Singapore from a “Garden City” to a “City in a Garden”. Their mission statement is to raise the quality of life by enhancing greenery and flora in the city. 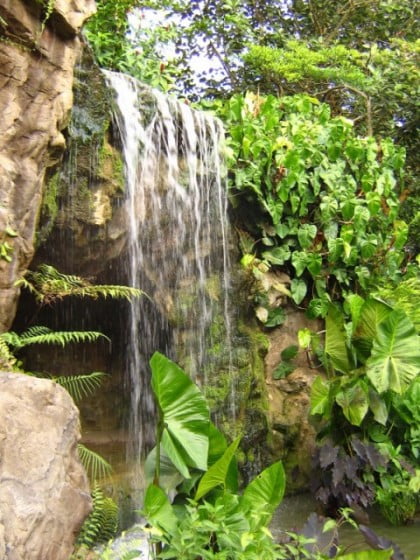 The primary attraction is a forest consisting of 18 supertrees that act as vertical gardens, generating solar power, and collecting rainwater. Each Supertree is designed to mimic the function of a real tree, with photovoltaic cells to echo photosynthesis and contribute energy to run the park. The large canopies also operate as temperature moderators, absorbing and dispersing heat, as well as providing shelter from the hot temperatures of Singapore’s climate to visitors walking beneath. One of the sustainable features of the Flower Dome is that horticultural waste feeds a massive steam turbine and generates the electricity on-site to help maintain the cool temperatures of the biome.

© 2015 by Hubble Engineering All Rights Reserved.